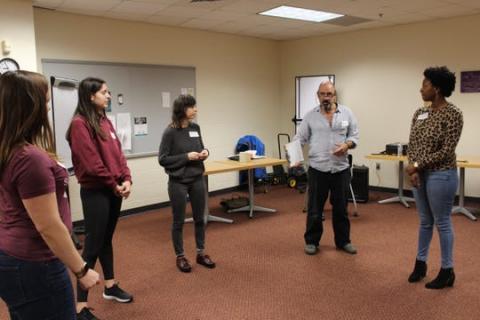 FSU students in the College of Social Work were able to learn about laughter therapy and hospital clowning in a workshop hosted by professional clown doctor, David Engel.

Clown therapy is when professional entertainers visit people in times of need, such as hospital patients, and perform comedy. Without props or built sets, the clowns rely on their individuality and talent to perform for patients.

“Because a clown is by nature someone that is just a raw explorer of the world,” Engel said. “And explorer of any sound. Everything is neat to a clown. The sound, the lights, the floor. And unfortunately, it gets to you because you go into these situations with your heart on your sleeve.”

Engel began the workshop by discussing the history of clown therapy, tracing it back to its beginnings in New York with the Big Apple Circus Clown Care Program.

“Big Apple Circus Clown Care Program was the premiere, the first people who were coming into hospitals in a codified way,” Engel said. “They were hiring professional performers, they started satellite companies all around the country… Now, laughter therapy, clown therapy, has sort of spread and is just as accepted and welcomed as music therapy [and] animal therapy.”

During the workshop, participants played multiple games meant to exercise the creativity it takes to be a clown. During one activity, they had to mime using only a tissue and make it appear to be various different items.

With a focus on reducing stress and building connections with patients, Engel shared his methods for maintaining a lighthearted atmosphere in a serious setting such as a hospital.

“When we’re being trained, you go and you work with what’s right with the kid. Not with what’s wrong,” Engel said. “Let the doctors do that. You work with the heart and soul of the kid who is in peril, pain, or is in a crisis situation.”

Engel told one story about how he and his partner entered a patient’s room and saw her hooked up to many different machines. When he asked what was wrong, the patient replied ‘I was shot twelve times last night.’

The patient said it hurt to laugh but still urged them to stay.

“We couldn’t do anything except just stand there. Because even doing nothing is powerful and funny,” Engel said.

David Engel has worked in clown therapy for years and now has his own interactive “Pirate School” solo show which he performs for birthday parties, theaters, and festivals. He reflected on his time working in laughter therapy for children in need.

“There are millions of stories that are powerful,” Engel said. “It’s an interesting thing when play and pain and experience collide. I well up with emotions because of the experiences.” 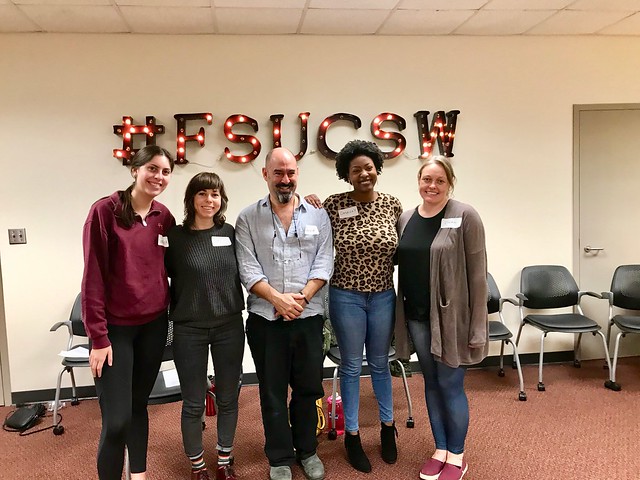