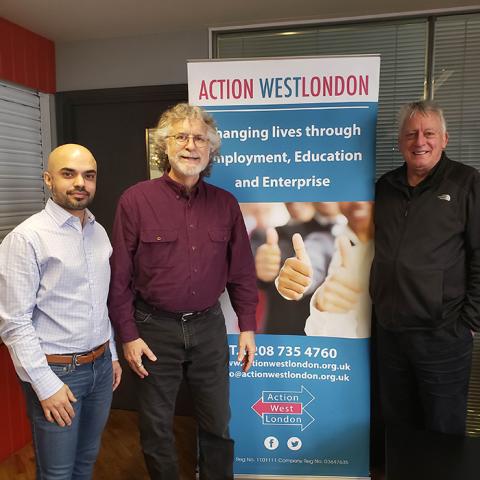 As the director of International Programs at the FSU College of Social Work, I make frequent site visits to agency sites around the world to create and sustain international field placements for social work students.  This year, my trip happened to coincide with Brexit Day, January 31st, the day the United Kingdom (UK) officially withdrew from the European Union.

That same day, I was able to attend an open house called by London’s Mayor Sadiq Khan, where he declared that the city would remain an inclusive city, open to all. Flags of the EU nations hung from banisters of the spiral stairway in the center of the hall, and attorneys speaking a multitude of languages were on hand to provide guidance to persons seeking to retain their status or become citizens in the changing political landscape. Across the River Thames in Westminister Square, I attended another gathering, this one a rally for “leavers,” celebrating their success in regaining UK independence. The contrasts were striking.

An interesting time in the nation’s history, London was charged with the energy of the strongly held feelings and beliefs of UK citizens on both sides of the issue.  Despite the drastically changing political landscape, I visited several agencies and met with colleagues supporting the college’s international internships.  One of these visits included a meeting with Steve Worrall, deputy director of Positive East, an HIV/AIDS organization that serves UK citizens and immigrants alike. I learned of the challenges anticipated for public health as the UK renegotiates virtually all of its trade and business agreements with other nations. Since President Trump declared that the UK’s National Health Service (NHS) is “on the table” in any negotiations, the cost of life-saving prescription drugs is now uncertain, with implications that affect the broad access patients currently enjoy.

The reception was enthusiastic, as Blackmore and Dawan described the agency’s mission in serving young people who are NEET (Not in Education or Employment Training), and guiding them to getting and keeping good employment. Dawan highlighted the work of one of our social work alumna, a former BSW intern at Action West, Alejandra de la Camera. Her contributions to orienting new service users to the agency have become a prominent fixture in Action West London’s reception and service space.

As a result of this visit, the CSW is now moving ahead in expanding internship opportunities for MSW students in the Social Leadership pathway, whose skills and training needs would be particularly welcome as Action West London adapts to the post-Brexit realities of changing social welfare, immigration, and employment.

To learn about internship opportunities abroad, contact me, Dr. Neil Abell, at nabell@fsu.edu.