Vulnerability and Women in Moldova: Choices Women Face Regarding the Welfare of Their Children 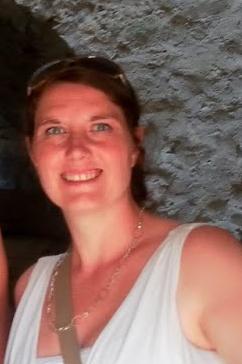 In the summer 2013, I traveled to a small country in Eastern Europe to conduct research on women living in poverty in regards to decisions they make that affect the welfare of their children. This ethnographic research consists of interviews with seven women living in poverty in Moldova.These women are at their most vulnerable- facing starvation, physical abuse, governmental neglect, alcoholism, etc.- with little to no support from family, friends, and agencies. Currently in the process of being analyzed and compiled, this research illustrates the hard choices facing women living in a country that is not only the poorest in Europe but also one of the primary source countries for human trafficking.

Many of the women interviewed were living in rural areas- a particularly vulnerable population, with 38% of rural children growing up in poverty (UNICEF, 2010, p. 2). Faced with the harsh realities of no work and scarcity of food, many Moldovans have left their homeland to seek work elsewhere. In 2011 alone, more than 317, 000 of the 4.2 million people living in Moldova had emigrated (IOM, March 2012, p.2). What is more, Moldova is a primary source country for human trafficking. With an estimated 35,000 Moldovans living in slavery around the world today, women in Moldova are facing a dire future for their children. (Global Slavery Index, 2013).

The extreme poverty of Moldova forces many women to face difficult decisions about the welfare of their children. With this in mind, many women are turning to orphanages to help care for their children. In 2010, over 52,000 children were left behind by at least one parent who had emigrated (IOM, 2012, p. 298). During this estimated time period, over 12,000 children were placed in orphanages around Moldova (Moldoveanu, 2009).

The women interviewed were asked a variety of questions about everyday decisions they have to face. However, the research also delves into the life experiences of these women: their childhoods, family lives, marriages, etc. Throughout the analysis of the research, a theme has begun to develop: the extreme vulnerability of women living in Moldova regarding decisions they make towards the welfare of their children. These women are placed in very difficult situations and many tough calls to make. The research will follow the women and the decisions they make as they traverse a very inclement landscape.