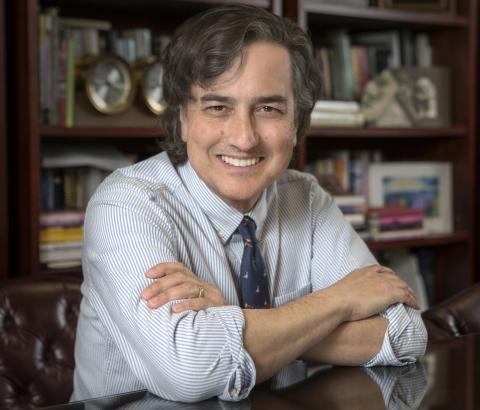 Clark has served as professor and dean of FSU’s College of Social Work since July 2015. He starts as provost Jan. 3.

He succeeds Sally McRorie, who is returning to the faculty after seven years in the role. Clark was one of three finalists chosen by the 20-member Provost Selection Advisory Committee following an internal selection process.

As provost, Clark will serve as Florida State’s chief academic officer, the second-highest ranking officer at the university. He will oversee Academic Affairs, including all colleges, centers, institutes and academic services; the Office of Faculty Development and Advancement; The Graduate School; the Division of Undergraduate Studies; and The Ringling, the State Art Museum of Florida. In this role, Clark will work with the university’s deans, faculty and administrators to advance the academic mission of the university and strengthen the institution’s national and international reputation.

“It is an honor to be chosen as the next provost and executive vice president for Academic Affairs of Florida State University — a university community I’ve grown to love through my experiences as dean of the College of Social Work,” Clark said. “Through university-wide collaborations I’ve come to appreciate the deep levels of talent, collaboration and commitment across the university. I’m excited to work with President McCullough, and I’m confident that we will elevate FSU to even greater heights.”

During Clark’s tenure, the College of Social Work has seen tremendous growth and increased its presence statewide and nationally through academics, research, outreach and service. The college has developed important centers and institutes in the areas of criminal justice research and development, family violence studies, trauma and resilience, substance use education, multidisciplinary assessment of children, and community-based innovations.

The FSU Student Resilience Project, created by the college through the Institute for Family Violence Studies and funded by the Office of the Provost, has gained national recognition for its role in helping students build coping and stress management skills. The web-based, research-informed toolkit is now available to universities nationwide through a commercial license.

Last year, the Florida Legislature appropriated $10 million in recurring funds to the college’s Florida Institute for Child Welfare to transform the state’s child welfare workforce and improve outcomes for children and families.

Beyond the College of Social Work, Clark plays an active role in many areas of the university. He holds a presidential appointment on the FSU Athletics Association Board and is a member of the Provost’s Healthy Campus Task Force and the FSU Health Data Sciences Initiative. He currently chairs the search committee for the new Vice President for Research and previously chaired the search committee that hired College of Fine Arts Dean James Frazier.

Before arriving at FSU, Clark served as professor and director of the School of Social Work in the University of Cincinnati’s College of Allied Health Sciences between 2012 and 2015.

As a researcher, Clark works at the nexus of the justice, mental health, and child welfare systems. He has published in the areas of substance abuse, criminal justice, and child traumatic stress, and co-edited a book for the American Bar Association on best practices in death penalty mitigation.

Clark is married to Elizabeth Croney, a social worker and entrepreneur. They have three adult daughters: Cameron, Meg, and Pearson, who recently wed Pierre Tribolet.